ANDRITZ Pulse Jet Fabric Filter (PJFF) technology has been developed as a result of the design and installation of more than 80 fabric filter systems worldwide. ln applications for shipping, this brings many advantages. 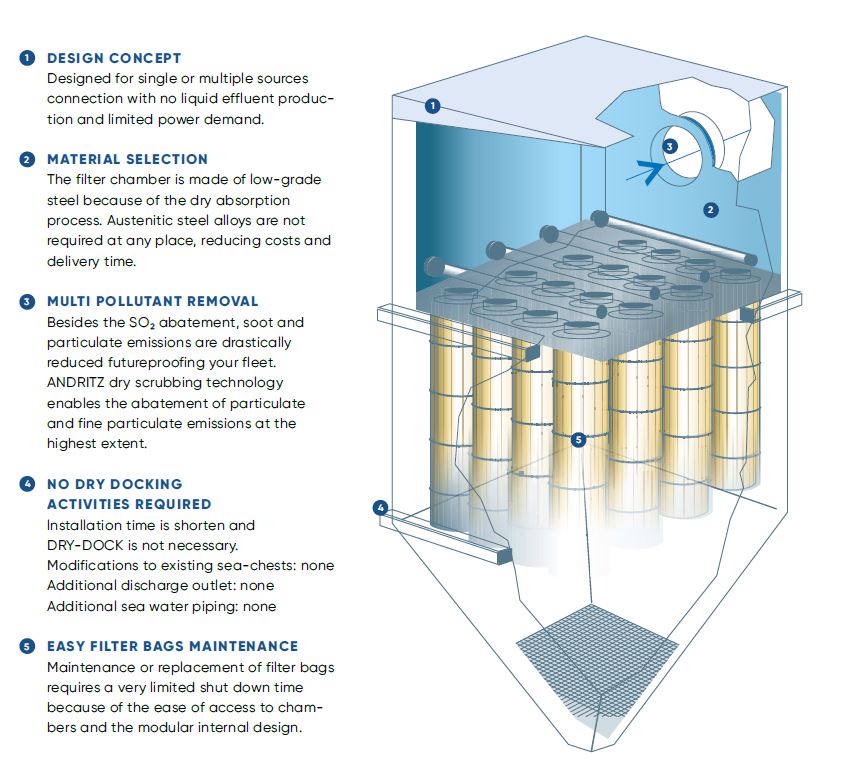 In the dry desulphurization process, sodium bicarbonate (NaHCO3) is injected as a dry powder into the existing exhaust pipe. Due to the prevailing high temperature and adequate residence time, the NaHCO3 particle is activated, which increases the reactive surface by many times. This activation is necessary for the NaHCO3 to react with the sulfur components. Such a process requires a temperature of at least 150°C. If the temperature of the exhaust gas stream from the engines is higher than 250°C, a quench is connected upstream, which brings the exhaust gas to the desired temperature by means of evaporative cooling. At the downstream dust filter, on which other particles (e.g. dust, soot ...) are also deposited in addition to the

sodium bicarbonate, a filter cake builds up on the filter cloth, and this is where the decisive chemical reaction takes place. SO2 reacts with NaHCO3 to form Na2SO4, which is also present as a powder. After a defined period of time or due to the maximum allowed pressure loss, the dust filter is cleaned by means of a pulse-jet process. During operation, a short stream of air is introduced at high pressure into the bag filter, whereby the filter cake peels off and drops into a collecting funnel. From there, the product is carried off by compressed air and stored in a silo. 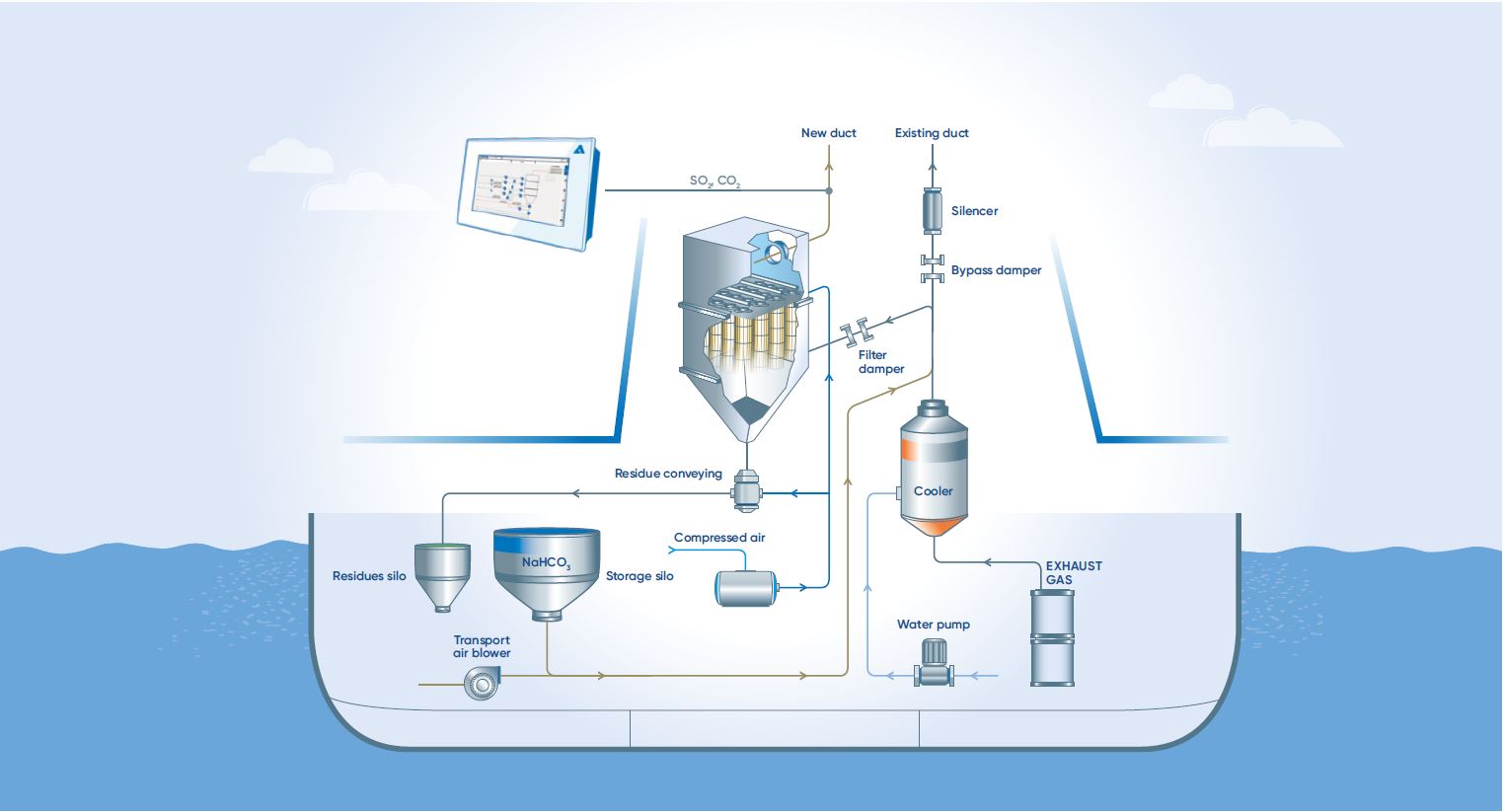 Clean air is the basis for a healthy life. ANDRITZ has developed the SeaSOx technology, which is the right solution to clean exhaust gas in order to meet the new requirements effective 01.01.2020. The SOx scrubbers for the maritime industry are available in open, closed and hybrid mode and can be installed on all types of ships, either on a new build or retrofit basis, thanks to its flexibility.